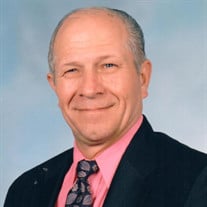 NORFOLK -- Funeral service for Delane J. Carlson, 80, of Norfolk is canceled. Private burial will be held Thursday, March 19, 2020 at the Omaha National Cemetery. A limited visitation will be held 5:00-7:00 p.m., Tuesday, at the Stonacek Funeral Chapel in Norfolk. Military rites will be conducted by the American Legion Post #1, Omaha and the United States Air Force Honors Guard. Delane died Thursday, March 12, 2020 at the Heritage of Bel Air Nursing Home in Norfolk. Stonacek Funeral Chapel in Norfolk is in charge of the arrangements. Delane was born on Aug. 5, 1939, in Stratton, Nebraska to Floyd and Etta (Peterson) Carlson. He grew up in the Stratton community where he graduated from Stratton High School in 1957. He worked on the family farm and also at a pharmacy in Stratton. He joined the United States Air Force on September 8, 1959 and served until March 18, 1963. He was a mechanic and also worked in the wrecker area. He served three years at the Ramstein, Germany Air Base where he watched the Berlin Wall being built. Upon his discharge in 1963 he worked for Bob Cobb Pontiac in McCook, NE. On May 14, 1966, he was united in marriage to Susan Schafer at the EUB Church in Culbertson, Nebraska. They lived in Culbertson and McCook before moving to Gothenburg, Nebraska where Delane became manager of the Wheeler farm supply. In July of 1970 they became proud parents of their adopted son, Douglas Wayne Carlson when he was seven weeks old. The family moved to Windsor, Colorado in December, 1984 where Delane was the assistant manager of Big R farm supply in Greeley, Colorado. Later he worked for Deline Box in Windsor where he retired the first time. He began his part time work at Jax Farm & Ranch in Ft. Collins, CO, Agland in Eaton, CO and then Auto Zone in Loveland, CO. He asked for a transfer to Norfolk, Nebraska in 2004 and retired from AutoZone in July of 2019. Delane enjoyed vacationing with his wife in Puerto Vallarta, Mexico, Honolulu and Maui, Hawaii. He also enjoyed touring Germany where they were able to see the remains of the Berlin Wall, which Delane had watched being built during his tour of duty in Germany. Delane was an avid Nebraska Corn Huskers fan. He enjoyed bowling, dancing, and playing cards. He collected Husker paraphernalia and had a skunk collection which a neighbor started for him at a young age. He was a member of The First United Methodist Church, lifetime member of the VFW, and member of the American Legion. Survivors include his wife of 54 years, Susan Carlson of Norfolk, NE.; son, Douglas Carlson of Dallas, TX,; sister, Darlene (Bill) Powell of Littleton, CO. & their children, Jeff Powell & Teresa (Jason) Tate of Denver, Colorado; Sister-in-Law, Myrna (Kenneth) Amen of Norfolk, NE. & their children, Connie Amen, Karen (Hans) Ruge, Michael (Tammy) Amen and Mark (Kathy) Amen, all of Norfolk, NE.; Sister-in-Law, Joann Schafer of Culbertson, NE. & their children, Peggy (Luke) Brenn of Arlington, NE., Brian (Donnetta) Schafer of Culbertson, NE. and Clint (Kayla) Schafer of Culbertson, NE.. Preceding him in death were his parents, Floyd and Etta, parent In-Laws, Carl and Helen Schafer and brother-in-law, Ronald Schafer. Memorials may be given in his name to The First United Methodist Church, 406 W. Phillip Ave., Norfolk, NE. 68701 or Nebraska Children’s Home Society, 3549 Fontenelle Blvd., Omaha, NE 68104. Casket bearers will be Mike Amen, Mark Amen, Travis Amen, Justin Amen, Hans Ruge, Garret Ruge. Honorary casket bearers will be Douglas Carlson, Kenneth Amen, Bill Powell, Rich Richardson, Wally Deets, Cooney Wilhelm, Raymond Hunter. Condolences may be expressed to the family on-line at www.stonacekfuneralchapel.com.

NORFOLK -- Funeral service for Delane J. Carlson, 80, of Norfolk is canceled. Private burial will be held Thursday, March 19, 2020 at the Omaha National Cemetery. A limited visitation will be held 5:00-7:00 p.m., Tuesday, at the Stonacek Funeral... View Obituary & Service Information

The family of Delane J. Carlson created this Life Tributes page to make it easy to share your memories.

Send flowers to the Carlson family.