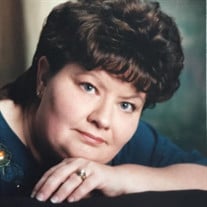 NORFOLK — Funeral service for Diane L. Schrader, 56, Omaha, formerly of Pierce, will be at 10:30 a.m. Wednesday, April 10, 2019 at Christ the Servant Lutheran Church in Norfolk with Rev. Steve Lund officiating. Burial will be in Hillcrest Memorial Park Cemetery in Norfolk. Visitation will be 4:00-7:00 p.m., Tuesday at Stonacek Memorial Chapel in Pierce. She died Saturday, April 6, 2019, at Lakeside Hospital in Omaha. Stonacek Memorial Chapel in Pierce is in charge of the arrangements. Diane Lee Schrader was born April 7, 1962, in Des Moines, Iowa, the daughter of Gerald and Jane (Martin) Carstens. She was baptized in the Christian faith at Bethesda Lutheran in Ames, Iowa, and confirmed at Zion Lutheran Church in Pierce on April 3, 1977. She graduated from Pierce High School in 1981. After graduation, Diane joined the U.S. Army, where she received the highest grade of marksmanship before her honorable discharge. Afterward, she completed and received her cosmetology degree. She married Terry Michael Linscott on Feb. 21, 1984. To this union, four children were born: Erin, Eric, Allison and Elizabeth. They later divorced. She found a love for her new career in hotel management, which introduced her to her second spouse, Glen Schrader. They were married Aug. 17, 2002. Diane was ordained as a Christian minister on Dec. 4, 2013. She was an amazing singer. Music was extremely important to her. She found a love for karaoke and quickly became dearly loved by the whole karaoke community. She was a creative and giving person. Diane was a member of Christ the Servant Lutheran Church in Norfolk and later joined Mount Olive Lutheran Church in Omaha. Diane served as the director of Joyful Noise Children’s Choir at Christ the Servant, as a Girl Scout leader and volunteered at the Norfolk Rescue Mission. Survivors include her spouse, Glen Thomas Schrader of Omaha; a son, Eric Michael (Sara) Linscott of Norfolk; a daughter, Allison Elizabeth Martin of Orlando, Fla.; a daughter, Elizabeth Ann (Scott) Biagioli of Des Moines, Iowa; three grandchildren, Dakota, Natalia and Mikey Biagioli; and her father, Gerald Carstens of Pierce. She was preceded in death by her daughter, Erin Linscott, and her mother, Jane Carstens. Online condolences may be sent to www.stonacekfuneralchapel.com.

NORFOLK &#8212; Funeral service for Diane L. Schrader, 56, Omaha, formerly of Pierce, will be at 10:30 a.m. Wednesday, April 10, 2019 at Christ the Servant Lutheran Church in Norfolk with Rev. Steve Lund officiating. Burial will be in Hillcrest... View Obituary & Service Information

The family of Diane L. Schrader created this Life Tributes page to make it easy to share your memories.

Send flowers to the Schrader family.