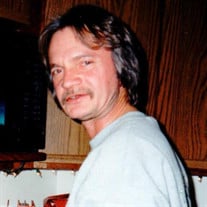 NORFOLK -- Memorial service for Douglas M. Galvin, 68, of Hadar, will be held at 10:30 a.m. Saturday, August 8, 2020 at Stonacek Funeral Chapel in Norfolk with Pastor Cara Jensen officiating the service. Private family burial will take place at a later date. Military rites will be conducted by the American Legion Post 16, V.F.W. Post 1644, Nebraska American Legion Riders and the United States Army Honors Guard. The family requires that facemasks be worn at the memorial service and that casual attire is worn in memory of Doug. Douglas passed away on March 25, 2020, at Faith Regional Health Services, Norfolk. Stonacek Funeral Chapel in Norfolk is handling the arrangements. Douglas M. “Doug” Galvin was born Sept. 21, 1951, at Osmond to Dennis and Donna (Smalley) Galvin. He graduated from Norfolk High School in 1970. After graduating from high school, Doug was drafted into the United States Army, serving from March 4, 1971, until March 21, 1973. After serving his country, Doug came back to Northeast Nebraska where he started working for Gibson Discounts in Norfolk, finding his love for helping people in the sporting goods department until they closed. Doug then took his sporting goods expertise and went to work for Country General in Norfolk before working for Clausen Manufacturing for 15 years, retiring in 2014. Doug enjoyed fishing, hunting, watching all kinds of sporting events, and was an avid Nebraska sports fan. He was a member of the American Legion Post 16 and the National Rifle Association. Survivors include his mother, Donna Galvin of Hadar; Dan Galvin and dear friend Connie of Hadar; Dave Galvin and dear friend Kim of Norfolk; two nieces, Melissa (Jay) Svoboda of Lincoln and Cortney Galvin and son McKabe; and numerous aunts and uncles. He was preceded in death by his father, Dennis Galvin, and brother Dale Galvin. Condolences may be expressed to the family online at www.stonacekfuneralchapel.com.

The family of Douglas M. Galvin created this Life Tributes page to make it easy to share your memories.

Send flowers to the Galvin family.