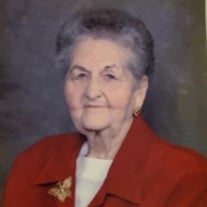 NORFOLK -- Funeral service for Eunice L. Wragge, 95, of Pierce will be held at 10:30 a.m., Thursday, January 7, 2021 at the Stonacek Funeral Chapel in Norfolk with Rev. Cara Jensen officiating. Interment will be at the Prospect View Cemetery in Pierce. Visitation will be 4:00-7:00 p.m., Wednesday, also at Stonacek Funeral Chapel in Norfolk. Eunice passed away Sunday, January 3, 2021 at the Heritage of Bel Air Nursing Home in Norfolk. Face masks are required for both the visitation and funeral service. The funeral service will be live-streamed on the Stonacek Funeral Chapel Facebook page. Stonacek Funeral Chapel in Norfolk is in charge of the arrangements. Eunice L. Wragge, daughter of Ernest and Tillie (Horst) Manske, was born March 6, 1925, in Norfolk. She attended Zion Lutheran Parochial School in Pierce and graduated from Pierce High School in 1942. After graduation, Eunice moved to Cheyenne, Wyo., and lived with her aunt and worked at United Airlines as a pop riveter on airplanes. She married Wallace Wragge on Jan. 17, 1947, at Zion Parsonage in Pierce. The Rev. Scheips officiated. The couple farmed east of Pierce. After the death of her spouse, Wallace, in November 1975, Eunice moved to Pierce. She worked as a cook at Norfolk Senior High School from 1968 until retiring in 1988. After she retired, she drove people around for their doctor appointments and did grocery shopping for them to help out. Eunice loved sporting and school events, watching the Pierce Bluejays, Cornhuskers, Kansas City Chiefs, cooking, baking and camping. She was a member of Christ Lutheran Church in Pierce and its ladies aid. Survivors include her son, Steve (Peggy) Wragge of Pierce; a son-in-law, Dennis White of Pierce; eight grandchildren; 18 great-grandchildren and five great-great-grandchildren. She was preceded in death by her parents, Ernest and Tillie; her spouse, Wallace, who died in November 1975; a daughter, Jacqueline White; a brother, Eldon Manske; a great-grandson, Dalton White; and a sister-in-law, Frances Manske. Services will streamed on Stonacek Funeral Chapel Facebook Page. Recorded music will be “Rock Of Ages,” “Old Rugged Cross” and “In The Garden.” Casketbearers will be Mike White, Kim Krueger, Kirk White, Mitch White, Dr. Todd Wragge, Candy Ryan, Angie Flesner and Jared Wragge. Condolences may be expressed to the family online at www.stonacekfuneralchapel.com.

NORFOLK -- Funeral service for Eunice L. Wragge, 95, of Pierce will be held at 10:30 a.m., Thursday, January 7, 2021 at the Stonacek Funeral Chapel in Norfolk with Rev. Cara Jensen officiating. Interment will be at the Prospect View Cemetery... View Obituary & Service Information

The family of Eunice L. Wragge created this Life Tributes page to make it easy to share your memories.