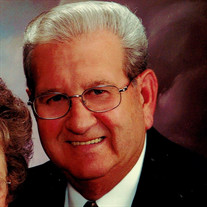 NORFOLK – Funeral service for Francis J. Keil, 90, of Norfolk will be held at 10:30 a.m., Monday, April 19, 2021 at the Grace Lutheran Church in Norfolk. Rev. Ray Wilke and Rev. Chris Asbury will officiate. Interment will be at the Hillcrest Memorial Park Cemetery, Norfolk. Visitation will be 3:00-5:00 p.m., Sunday, at the Stonacek Funeral Chapel in Norfolk. Military rites will be conducted by the American Legion Post #16, V.F.W. Post #1644, Nebraska American Legion Riders, and the United States Navy Honor Guard. The service will be live streamed on the Stonacek Funeral Chapel Facebook page. Francis passed away on Sunday, April 11, 2021 at the Norfolk Veterans Home. Stonacek Funeral Chapel is in charge of the arrangements. Francis was born in Neligh on July 6, 1930 to Frank and Marie (Stoner) Keil. He graduated from Neligh High School in 1948 and received a football scholarship to Norfolk Junior College. On April 5, 2002, his college football team was inducted into the Hall of Fame at Northeast Community College. On January 25, 1949 Francis enlisted in the United States Navy, serving aboard the USS John R. Pierce. He was discharged on January 24, 1950, remaining in the Reserves. On January 6, 1952, Francis married Janet Sanne at the Immanuel Lutheran Church in Tilden. On February 15, 1952, he was called back into active duty due to the Korean War and served aboard the USS Ozbourn until Oct. 9, 1953. Francis worked for Kaneb Pipeline for 32 years. In 1962, Kaneb sent Francis to England to help set up a gas pipeline for Exxon. Francis enjoyed refurbishing antique furniture, sports and playing cards. After his retirement, he helped build Habitat for Humanity homes and volunteered at Orphan Grain Train. Francis had been a member of Grace Lutheran Church for 68 years and a member of the Koinonia Club and was a lifetime member of the VFW and American Legion. Francis resided at the Veterans Home for the past 3 years. Francis is survived by his wife, Janet Keil of Norfolk, children Debbie Johansson of Mexico, Brad Keil of Arizona, grandsons Mitchell (Taylor) Keil, Parker (Chelsea) Keil, Evan Keil, great grandson Cash Keil, and extended family, Jeff and Karen Peterson, all of California. He is preceded in death by his parents, two sisters, and a son-in-law, Paul Johansson. Organist will be Steve Reinke and the soloist will be Mike Sullivan. Casket bearers will be Terry Baumann, Ray Wilke Jr., Paul Warneke, Tim Ferguson, Maynard Lee, and Bob Herian. The family requests that memorials be made to the Orphan Grain Train or Lutheran High Northeast. Condolences may be expressed to the family on-line at www.stonacekfuneralchapel.com.

NORFOLK &#8211; Funeral service for Francis J. Keil, 90, of Norfolk will be held at 10:30 a.m., Monday, April 19, 2021 at the Grace Lutheran Church in Norfolk. Rev. Ray Wilke and Rev. Chris Asbury will officiate. Interment will be at the Hillcrest... View Obituary & Service Information

The family of Francis J. Keil created this Life Tributes page to make it easy to share your memories.

Send flowers to the Keil family.