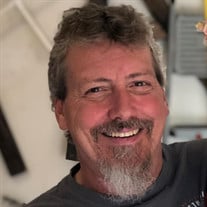 NORFOLK -- Funeral service for Fred A. Kern, 54, of Norfolk will be held at 10:30 a.m., Friday, November 20, 2020 at the Immanuel Lutheran Church in Hadar with Rev. Austin Ziche officiating. Interment will be held at the Immanuel Lutheran Cemetery, Hadar. Visitation will be 4:00-7:00 p.m., Thursday, Nov. 19, at Stonacek Funeral Chapel in Norfolk. Masks are required for the visitation and funeral service. The service will be live-streamed on the Stonacek Funeral Chapel Facebook page. Fred passed away Monday, November 16, 2020 at the Faith Regional Hospital in Norfolk. Stonacek Funeral Chapel in Norfolk is in charge of the arrangements. Fredrick Alan “Fred” Kern was born on August 1, 1966 in Norfolk, Nebraska to Fredrick and Phyllis (Sporleder) Kern. He was baptized and confirmed at the Immanuel Lutheran Church in Hadar. Fred attended grade school at Immanuel Lutheran parochial school in Hadar through the 8th grade and then attended and graduated from Pierce High School in 1984. After high school Fred did masonry work with his father, welded freezers for the IBP plant being constructed in Dakota City, and worked at the IBP plant in Madison. Fred started working at the Norfolk Goodyear/Continental plant in 1990, had recently received his 30-year service award, and continued to be a loyal employee until his death. During his younger years, Fred golfed and played in many different area basketball and volleyball leagues. He would love to drive through small Northeast Nebraska towns and say, "I played in that gym." After his marriage to Leigha (Bailey Bolton) on December 29, 2012, they enjoyed motorcycle riding, traveling, camping, attending concerts, and spending time with family and friends. He was a member of Immanuel Lutheran Church in Hadar and ABATE of Nebraska. Survivors include his spouse Leigha Kern of Norfolk, children Tiffany (Gregg) Neesen of Pierce, Kody (Jackie) Kern of Norfolk, three grandchildren, Cooper, Callum, and Cambree, father Fred Kern of Nampa, Idaho, siblings Kathy Kern of Hadar, Barb (Kirby) Marsh of Norfolk, Marj (Jeff) Heppner of Stanton, Sharlene Dvorak of Pierce, Marlene Kern and Marv Mittelstaedt of Hadar, numerous nieces and nephews. He was preceded in death by his mother Phyllis Kern, and stepson Brett Bolton. Organist will be Diane Herbolsheimer. Casket bearers will be nephews Nate Marsh, Preston Marsh, Blake Heppner, Shawn Dvorak, Shelton Dvorak, Randy Peitzmeier and Taggart Bailey. Condolences may be expressed to the family on-line at www.stonacekfuneralchapel.com.

The family of Fred A. Kern created this Life Tributes page to make it easy to share your memories.

Send flowers to the Kern family.