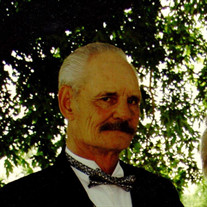 NORFOLK — Services for James “Galen” McKeown, 77, Pierce, will be at 1 p.m. Monday, June 1, at Stonacek Funeral Chapel in Norfolk. The Rev. David Kip will officiate with burial in St. John’s Lutheran Cemetery in rural Pierce. Visitation will be 5-7 p.m. Sunday at the funeral chapel in Norfolk. He died Wednesday, May 27, 2020, at his home in Pierce. James Galen McKeown was born Aug. 29, 1942, in Norfolk, the son of Raphel and Jane (Ryan) McKeown. He was baptized and confirmed at St. Mary’s Catholic Church in Norfolk and attended St. Mary’s Catholic School in Norfolk. He married Mary Ellen Lenz on June 22, 1963, at Madison. The couple lived in Norfolk before moving to a farm northeast of Pierce in 1974. James worked for T&M Electric as an electrician in and around Norfolk until he was disabled. James enjoyed fishing and woodworking. Survivors include his children, Donna (Harlan) Cox of Norfolk, Michael (Dawn) McKeown of Bossier City, La., Rick (Rose) McKeown of Carroll, Jamie (Dawn) McKeown of Pierce and Jeremy (Anne) McKeown of Pierce; 15 grandchildren; 12 great-grandchildren; a brother, Robert (Janice) McKeown of Battle Creek; a sister-in-law, Lois McKeown of Norfolk; and many nieces and nephews. He was preceded in death by his parents, Raphel and Jane; his spouse, Mary Ellen, who died May 26, 2007; and his twin brother, Gaylord McKeown. Music will be provided by organist Jill McElhose with the congregation singing “Amazing Grace,” “In The Garden” and “Old Rugged Cross.” Casket bearers will be Mike McKeown, James McKeown, Jamie McKeown, Jeremy McKeown, Alex McKeown, McKenzy McKeown, Lance Sudbeck, Shana Zerr, Nick Cox and Colby Cox. Online condolences may be sent to www.stonacekfuneralchapel.com.

The family of Galen McKeown created this Life Tributes page to make it easy to share your memories.

Send flowers to the McKeown family.