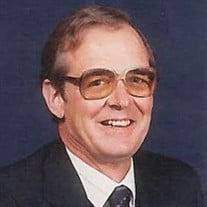 Not sure what to send?

NORFOLK — Services for Graham Henning, 85, Grand Junction, Colo., will be held in Norfolk on June 25, 2022, at 10 a.m. at Stonacek Funeral Chapel in Norfolk. He died on Wednesday, Oct. 13, 2021, at Aspen Ridge Alzheimer’s Care Center in Grand Junction, Colo. Stonacek Funeral Chapel is in charge of the arrangements. He was born in Norfolk on Aug. 3, 1936, to Bruce and Fayette Henning. Throughout high school, Graham worked as a ranch hand at the Brauer Ranch near Stuart. After graduating high school, Graham enlisted in the U.S. Navy, studying electronics and serving as a communication specialist on three ships. In 1958, Graham married Janet Grambo in Norfolk. After his discharge from the Navy, he returned to Norfolk to help his parents manage the Henning Bakery. In 1964, he moved to Longview, Wash., to attend Lower Columbia College, earning a degree in data processing. He worked as a systems analyst/computer programmer for several industries in Longview, before moving back to the family farm in Norfolk. He also worked in the data processing field in various cities in Nebraska and Kansas. They raised two children: Ruthann and Scott. In 1991, Graham married Janice Weich in Bloulder, Colo., and welcomed Jan’s family, sharing his advice with them as if they were his own. Graham was frequently involved in real estate, sales, finance and later co-managed a bed and breakfastin Holdrege. His hobbies included Texas Hold ’em, raising quarterhorses, remodeling homes and traveling in his RV. Graham was always active in his local Lutheran Church and at one time was chairman of the Kelso, Wash., City Planning Commission. Everyone will remember Graham’s quick wit and sense of humor. Survivors include sister, Lynne Rowan of Norfolk; his first wife, Janet (Bill) Pontious of Longview, Wash., children Ruthann (Bryan) Brown of Kelso, Wash., Scott (Mandy) Henning of Shawnee, Kan., spouse, Janice Weich of Fruita, Colo., daughters, Kelli (John) Reiterof Grand Junction, Colo.,and Traci (Jim) Carnahan of Blackhawk, Colo. He had six grandchildren and two great-grandchildren, many nephews, nieces, in-laws and friends. Graham was preceded in death by his parents, Bruce and Fayette Henning; his brother and sister-in-law, Robert and Darlene Henning, and a brother-in-law, William Rowan. Those wishing to honor Graham’s memory may make donations to HopeWest, 3090 N. 12th St., #B, Grand Junction, Colo., 81506 or their favorite charity.

The family of Graham Henning created this Life Tributes page to make it easy to share your memories.