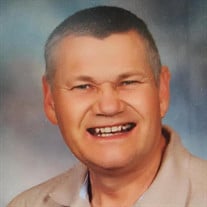 OSMOND — Services for Harvey A. Kumm, 65, Osmond, will be at 10:30 a.m. Thursday, July 18, at Immanuel Lutheran Church in Osmond. The Rev. Glen Emery will officiate. Burial will be in the parish cemetery. Visitation will be 5-7 p.m. Wednesday at the church. He died Friday, July 12, 2019, at Osmond General Hospital. Stonacek Memorial Chapel of Osmond is in charge of the arrangements. 1954-2019 Harvey Arlan Kumm, 65, Osmond, son of Duane and Delores (Stark) Kumm, was born on April 19, 1954, at Osmond General Hospital in Osmond. He was baptized at Immanuel Lutheran Church in Osmond on May 9, 1954, and was confirmed there on May 12, 1968. He graduated from Osmond High School in 1972 and attended Lincoln School of Commerce. Harvey lived in Norfolk and was employed at Faith Regional Hospital working in laundry, x-ray and cafeteria departments. He retired and moved to Osmond in 2010, where he enjoyed playing cards and taking walks in the community. He faithfully attended both Thursday and Sunday Bible classes and worship services at Immanuel Lutheran Church. Harvey is survived by his sister, Linda (Ralph) Mickley of Hannibal, Mo.; and two brothers, Don (Cathy) Kumm of Wausa and Scott (Teresa) Kumm of McLean. He was loved by many nieces and nephews and great-nieces and -nephews. Harvey will be missed by family, relatives, members of Immanuel congregation and the Osmond community. Organist will be Lori Koehler with congregational hymns “Lift High The Cross,” “Beautiful Savior” and “I Know That My Redeemer Lives.” Casket bearers will be Devin Kumm, Chelsea Kumm, Riva Rauss, Jon Kumm, Craig Mickley and Kristen Kendall. In lieu of flowers, the family requests that memorials be made to the Beckendorf Ministry (Lutheran Bible Translators). Checks can be made out to Immanuel Lutheran Church with Beckendorf Ministry in the memo. Online condolences may be sent to www.stonacekmemorialchapel.com.

OSMOND &#8212; Services for Harvey A. Kumm, 65, Osmond, will be at 10:30 a.m. Thursday, July 18, at Immanuel Lutheran Church in Osmond. The Rev. Glen Emery will officiate. Burial will be in the parish cemetery. Visitation will be 5-7 p.m. Wednesday... View Obituary & Service Information

The family of Harvey A. Kumm created this Life Tributes page to make it easy to share your memories.

Send flowers to the Kumm family.