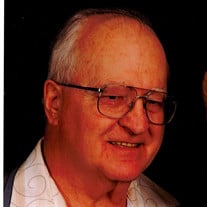 NORFOLK -- Memorial service for Irvin C. Paulsen, 78, of Norfolk will be held at 10:30 a.m., Saturday, December 4, 2021 at the Shepherd of Peace Lutheran Church in Norfolk. Pastor Jason Schulz will be officiating the service. Private family inurnment will be held at a later date. Visitation will be 4:00-7:00 p.m., Friday, also at the church. Irvin passed away on Wednesday, December 1, 2021 at the Stanton Health Center. Stonacek Funeral Chapel is in charge of the arrangements. Irvin was born on February 16, 1943 in Stanton, Nebraska to Fred and Lucille (Heinold) Paulsen. He attended Stanton schools growing up and then later Norfolk Junior High. He graduated from Norfolk Senior High School and then attended Norfolk Junior College and the University of Nebraska-Lincoln. Irvin married Linda Streeter in Norfolk in 1963 and to this union were born Matt, Tina, and Barbara. They later divorced. Irvin later married Suellen Rasp on November 22, 1986 in York, Nebraska. Throughout Irvin’s life he lived in the Norfolk area, York, Carson City Nevada, and then later back to Norfolk after he retired. Irvin worked for Sherwood Medical, Lindsay Manufacturing, and then City of Sparks Water/Waste Treatment Plant in Nevada and he retired from there. Irvin enjoyed square dancing, Sci-Fi movies, comic books, travelling, and Nebraska Cornhusker football. Irvin was a member of Shepherd of Peace Lutheran Church in Norfolk. Survivors include his wife Suellen “Sue” Paulsen of Norfolk, son Matt (Lynn) Paulsen of Battle Creek, daughters Tina (Eric) Stone of Norfolk, Barbara Suckstorf of Sioux Falls, S.D., brother Virgil (Allison) Paulsen of Iowa, 5 grandchildren, 13 great-grandchildren. He was preceded in death by his parents, 2 sisters Lucille Salmons and Marcella Kaser, 3 brothers Mervin, Louie, and Donald. Organist for the service will be Marie Maas. The family requests that memorials be made to the Furbaby Rescue Midwest, P. O. Box 131, Norfolk, NE 68702. Condolences may be expressed to the family on-line at www.stonacekfuneralchapel.com.

NORFOLK -- Memorial service for Irvin C. Paulsen, 78, of Norfolk will be held at 10:30 a.m., Saturday, December 4, 2021 at the Shepherd of Peace Lutheran Church in Norfolk. Pastor Jason Schulz will be officiating the service. Private family... View Obituary & Service Information

The family of Irvin C. Paulsen created this Life Tributes page to make it easy to share your memories.

Send flowers to the Paulsen family.