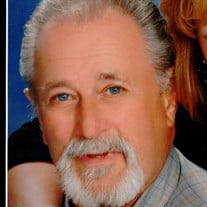 NORFOLK -- Funeral service for James L. "Jim" Klein, 73, of Norfolk will be held at 10:30 a.m., Wednesday, February 24, 2021 at the St. John's Lutheran Church in Battle Creek with Rev. B.J. Fouts officiating. Interment will be at the Prospect Hill Cemetery in Norfolk. Visitation will be 4:00-7:00 p.m., Tuesday, Feb. 23, at the Stonacek Funeral Chapel in Norfolk. Jim passed away on Friday, February 19, 2021 at the University of Nebraska Medical Center in Omaha. Stonacek Funeral Chapel in Norfolk is in charge of the arrangements. James L. “Jim” Klein was born on Jan. 9, 1948, to Arthur and Gabriella (Sup) Klein in Norfolk. He was baptized on June 13, 1948, and confirmed on May 20, 1962, both at Immanuel Lutheran Church in Hadar. He graduated from Pierce High School in 1966. Jim married Susan K. Broer on March 6, 1971, at St. John’s Lutheran Church in Norfolk. After marriage, Jim and Susan lived in Norfolk, where Jim worked for Norco Feeds for several years. In the mid-1970s, Jim started in the insurance business with American Family Insurance and worked there until his retirement in 2013. Jim enjoyed working on cars, hunting, boating, spending time with his “Friday afternoon club,” playing cards with family and friends and going to the grandchildren’s activities. Jim was a member of St. John’s Lutheran Church in Battle Creek. Survivors include his son, Travis (Tracy) Klein, and their three sons, Hunter, Harrison and Houston of Louisville; his daughter, Somer (Ron) Richards and daughters Krystal Calleroz and Jessica Daake of Duncan, Okla.; his sister, Trish (Randy) Walton of Pierce; and sisters-in-law Carol Broer of Omaha, Linda Libengood-Broer of Norfolk and Jan (Dan) Harrison of Norfolk. He was preceded in death by his spouse, Susan Klein on Sept. 27, 2020; his parents, Art and Ella; and a brother, Les Klein. Organist for the funeral will be Emily Harrison. Selections include “On Eagles Wings,” “Amazing Grace” and the recorded song “Carry Me Home” by Trisha Yearwood. Casketbearers will be Hunter Klein, Harrison Klein, Houston Klein, Reed Toelle, Carson Toelle and Ty Geiger. Honorary casketbearers will be Harper Toelle, Noah Walton and Maeli Walton. Condolences may be expressed to the family online at www.stonacekfuneralchapel.com.

NORFOLK -- Funeral service for James L. "Jim" Klein, 73, of Norfolk will be held at 10:30 a.m., Wednesday, February 24, 2021 at the St. John's Lutheran Church in Battle Creek with Rev. B.J. Fouts officiating. Interment will be at the Prospect... View Obituary & Service Information

The family of James "Jim" L. Klein created this Life Tributes page to make it easy to share your memories.

Send flowers to the Klein family.