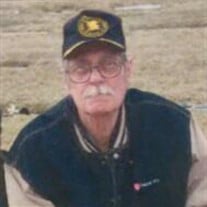 NORFOLK -- Funeral service for Lon Kenneth Brandt, 74, of Bloomfield, Missouri, formerly of Norfolk will be held at 10:30 a.m., Saturday, November 13, 2021 at the Stonacek Funeral Chapel in Norfolk. Rev. Terry Buol will be officiating the service. Interment will be at the Hillcrest Memorial Park Cemetery, Norfolk. Visitation will be 4:00-6:00 p.m., Friday, also at Stonacek Funeral Chapel. Military honors will be conducted at the cemetery. Military honors will be conducted by the American Legion Post 16, V.F.W. Post 1644, American Legion Riders, and the United States Army Honors Guard. Lon passed away on Saturday, November 6, 2021 at his residence in Bloomfield, MO after a brief illness. Stonacek Funeral Chapel is in charge of the arrangements. Lon was born in Norfolk, Nebraska and raised in the Randolph, Nebraska area. He graduated from Randolph High in 1965 where shortly after he joined the Army. He served in the Army from 1966 to 1968 serving one tour in Germany. He was a member of the NRA, VFW, Paralized Veterans of America and numerous other organizations. After living in Nebraska, he came to Missouri in 1995 where he settled in Bloomfield for the remainder of his days. Working at the Purina Plant in Bloomfield, Missouri until retirement. He was married to Rhonda Stacey on November of 1976 until her passing in 1982. Lon was then married to Hallie Fernau on January 05, 1990 until her passing in 2013. Surviving Lon is one son Kenneth Brandt of Georgetown, Texas and one daughter Joyce, her husband Christopher Clark of Milton, Florida and their three children Alexis Milavickas, her husband Mark of Fort Hood, Texas, Christine Clark and Jesse Clark of Milton, Florida; one brother Jon Brandt of Pierce, Nebraska; one sister Marilyn Schwandt of New Ulm, Minnesota, and longtime companion Shirley Campbell of Bloomfield, Missouri. Lon was preceded in death by his brother Raymond Brandt, sisters-in-law Connie Brandt and Katherine Dalke (Brandt). He is also survived by numerous nieces and nephews and their families. Casket bearers will be Joe Brandt, Thomas Wiese, Connor Brandt, Cadin Brandt, Keith Kahlo, and Tyson Schwandt. Condolences may be expressed to the family on-line at www.stonacekfuneralchapel.com.

NORFOLK -- Funeral service for Lon Kenneth Brandt, 74, of Bloomfield, Missouri, formerly of Norfolk will be held at 10:30 a.m., Saturday, November 13, 2021 at the Stonacek Funeral Chapel in Norfolk. Rev. Terry Buol will be officiating the service.... View Obituary & Service Information

The family of Lon K. Brandt created this Life Tributes page to make it easy to share your memories.

Send flowers to the Brandt family.