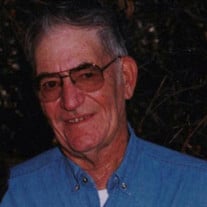 PIERCE — Private memorial services for Loren L. Walton, 91, of Plainview, will be at a later date under the direction of Stonacek Memorial Chapel in Pierce. He died Tuesday, January 1, 2019, at the O’Neill Care and Rehab Center. The son of Louis and Mary (Barnes) Walton was born June 6, 1927, in rural Pierce County. He attended rural School District 22 in Pierce County. He married Lois M. Weber on Aug. 13, 1950, in Creighton. Loren joined the service, serving during the Korean War from Jan. 25, 1951, to Jan. 24, 1953. They came back, and Loren went to school in Milford while they lived in Lincoln. They moved back to Plainview and started Walton Appliance and Repair. They owned stores in Plainview, Pierce, Creighton and Randolph. Their sons joined them in the family business; Rick joined them in 1974, and Tom in 1978. Loren retired in 1999. Loren always had a love for fishing and fixing things. Survivors include two sons, Rick (Dori) Walton of Foster and Tom Walton of Creighton; a daughter, Mary Beth (Pierre) Endres of Hadar; four grandchildren; three great-grandchildren; and a sister, Edna Bligh of South Sioux City. He was preceded in death by his parents, Louis and Mary; a sister, Jetta; four brothers, Arlan, Milford, Wilbur and Morris; and his spouse, Lois, who passed away on April 23, 2018. Condolences may be expressed to the family online at www.stonacekfuneralchapel.com.

PIERCE &#8212; Private memorial services for Loren L. Walton, 91, of Plainview, will be at a later date under the direction of Stonacek Memorial Chapel in Pierce. He died Tuesday, January 1, 2019, at the O&#8217;Neill Care and Rehab Center.... View Obituary & Service Information

The family of Loren L. Walton created this Life Tributes page to make it easy to share your memories.

Send flowers to the Walton family.