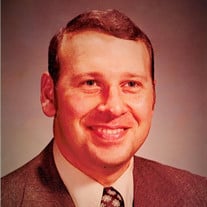 NORFOLK -- Private family service for Norman Ray Miller, 80, of Norfolk will be held at a later date at the Trinity Lutheran Church in Bloomington, IL where he was confirmed and as a child. Inurnment will be held at that time at Evergreen Memorial Cemetery, rural Bloomington, IL near the former family homestead. Norman passed away on Thursday, January 27, 2022 at his residence in Norfolk. Stonacek Funeral Chapel is in charge of the arrangements. Norman was born on May 12, 1941 in Bloomington, IL to Louis and Lorene (Tesch) Miller. He attended grade school at Trinity Lutheran School in Bloomington, IL. He then attended and graduated from Concordia High School in Seward, Nebraska. Norman graduated from Concordia University in Seward with a Master’s Degree in Administration. He played football while in college and he is a member of the Concordia University Football Hall of Fame. Norman married Pauline Kreutz in Iowa, and to this union were born 3 children; Perry, Patti, and Cori. They later divorced. Norman served as a Lutheran school principal and educator throughout his life in Iowa, Minnesota, California, and Illinois for 30 years. He later worked for Thrivent Financial for 18 years until he retired in 2008. He then bought a Winnebago camper and enjoyed traveling the United States and Canada. Norm lived in Texas for a short time until moving to Norfolk in 2013 with his son Perrys’ family. Norman enjoyed watching movies, watching church concerts, and he loved to watch his grandchildren play sports. He was a member of Our Savior Lutheran Church in Norfolk. Survivors include his children Perry (Jaylene) Miller of Norfolk, Patti Brownfield of Houston, TX, Cori (Josh) Perdue of Birmingham, AL, 7 grandchildren, 2 great-grandchildren, mother Lorene Miller of Bloomington, IL, siblings Betty (Chuck) Stinnett of California, Nancy (Rev. Barry) Kolb of Missouri, Dale (Sue) Miller of Wisconsin, and Judy (Ron) Glenn of Illinois. He was preceded in death by his father Louis Miller. In lieu of flowers, the family asks that memorials be made to Our Savior Lutheran Church (attn. Worship Department), 2420 W Omaha Ave, Norfolk, NE 68701. Condolences may be expressed to the family on-line at www.stonacekfuneralchapel.com.

NORFOLK -- Private family service for Norman Ray Miller, 80, of Norfolk will be held at a later date at the Trinity Lutheran Church in Bloomington, IL where he was confirmed and as a child. Inurnment will be held at that time at Evergreen Memorial... View Obituary & Service Information

The family of Norman R. Miller created this Life Tributes page to make it easy to share your memories.

Send flowers to the Miller family.