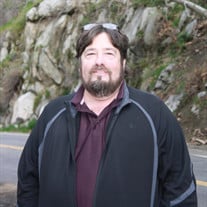 NORFOLK -- Funeral service for Randall L. "Randy" Armstrong, 68, of Omaha formerly of Norfolk will be held at 11:00 a.m., Tuesday, September 22, 2020 at the Stonacek Funeral Chapel in Norfolk with Rev. Larry Carr officiating. Interment will be at the Best Cemetery, Norfolk. Visitation will begin at 10:00 a.m., one hour prior to the service on Tuesday at the funeral home. Randy passed away Thursday, September 17, 2020 at his residence in Omaha. Miltary rites will be conducted by the American Legion Post #16, V.F.W. Post #1644, of Norfolk, Nebraska American Legion Riders, and the United States Army Honors Guard Stonacek Funeral Chapel in Norfolk is in charge of the arrangements. Randy was born December 20th, 1951 to Bill and Helen Armstrong in rural Norfolk. Oldest of 4 children with brother Jim of Michigan, brother Steve of Iowa and sister Jan of Missouri. Randy may have moved to the city in adulthood but the farm never left him. He loved the country atmosphere and people and he was well known for his love of old farm tractors having restored some himself and participated in many parades etc. He was president of the cornhusker two-cylinder club of northeast Nebraska. He was involved with his father in the dairy equipment business but later went to college for electronic technology and worked in the office equipment service area for 17 years. He went to Army basic training in 1970 and was in the Army reserves for two years. Then he was activated and was in Germany from 1972 to 1974. He married Jayne Lafrenz from Creighton in 1977 and from the marriage four children were born; Rhiannon, Shauna, Landon and Andria. They were later divorced in 1997. He got his private pilot’s license and later learned to country dance and enjoyed that a lot. He had a terrible heart attack in 1991 which he survived but had many consequences from that over the coming years. In 1998, he moved to Omaha and went to Creighton University for software development and then worked for West Teleservices. In 2007, he met and married the Love of his Life Brenda Cope of Porterville, CA. They lived there until she very unexpectedly passed away in late 2010. He then moved back to Omaha in 2011 and enjoyed being around his adult children and his 7 grandchildren who all live in Omaha or Lincoln. Randy always believed in the Christian faith but it took on a very strong meaning with him in his late 20’s. over the subsequent years, despite taking a few detours down a wrong road, his faith grew and he developed a strong desire to learn bible prophecy and how it relates to where we are today. He shared his faith with many people and exhibited a real excitement for his eternal destiny in the blissfulness of heaven with many family and other loved ones and looking forward to seeing his wife Brenda again. He loved Jesus with all his heart and wanted others to discover the truth and develop that same strong love so that they too might experience everlasting joy. Condolences may be expressed to the family on-line at www.stonacekfuneralchapel.com.

The family of Randall L. "Randy" Armstrong created this Life Tributes page to make it easy to share your memories.

Send flowers to the Armstrong family.