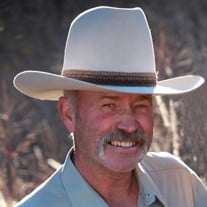 PIERCE -- Memorial service for Randy L. Bretschneider, 69, of Pierce will be held at 10:30 a.m., Tuesday, March 2, 2021 at the Zion Lutheran Church in Pierce. Visitation will be 4:00 to 7:00 p.m., Monday at the Stonacek Memorial Chapel, Pierce. Officiating the service will be Reverend Gordon Bruce and Vicar Travis Henry. Private family inurnment will be held at a later date. Randy passed away Tuesday, February 23, 2021 at his residence in Norfolk. Stonacek Memorial Chapel in Pierce is in charge of the arrangements. Randy L. Bretschneider was born April 2, 1951, in Norfolk, the son of Reuben and Merna (Bauer) Bretschneider. He was baptized on April 22, 1951, and confirmed May 9, 1965, both at Immanuel Lutheran Church in Hadar. He attended Immanuel Lutheran Parochial School in Hadar and graduated from Pierce High School in 1969. He married Kathleen “Kathy” Corder on Dec. 27, 1981, at Immanuel Lutheran Church in Hadar. The couple lived in Pierce. They moved out west of Pierce, south of Willow Creek Lake in 1986. Randy worked with Lowell Zellmer Construction over the years and farmed west of Pierce with his father, Reuben, and brothers Gale and Rick, and later on, with his daughter, Rebecca, and son-in-law Jimmy. Randy retired from farming in 2016. Randy enjoyed spending time with his grandchildren and going to his nieces and nephews sporting events. Randy enjoyed fishing, classic car shows and going to dances. He was a member of Zion Lutheran Church in Pierce. Survivors include his spouse, Kathy Bretschneider of Norfolk; a daughter, Rebecca (Jimmy) Fletcher of Pierce; his grandchildren, Jade, Liam and Holt; his siblings, Cindy (Tom) Zarnstorff of Bylas, Ariz., Rick (Amy) Bretschneider of Pierce, Kevin (Roxi) Bretschneider of Lincoln and Gale (Paula) Bretschneider of Pierce; along with many nieces and nephews. He was preceded in death by his parents, Reuben and Merna. Organist will be Dottie Ahlers playing “Amazing Grace” , “What A Friend We Have In Jesus” and “Abide With Me." Condolences may be expressed to the family online at www.stonacekfuneralchapel.com.

The family of Randy L. Bretschneider created this Life Tributes page to make it easy to share your memories.

Send flowers to the Bretschneider family.