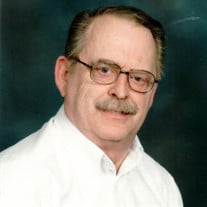 NORFOLK -- Funeral service for Rev. Norman K. Nelson, 82, of Norfolk will be held at 1:30 p.m., Friday, September 4, 2020 at the St. John's Lutheran Church in Norfolk with Rev. Randy Rasmussen officiating. Interment will be at the Hope Cemetery, Newman Grove. Visitation will begin at 11:00 a.m., Friday also at the church until service time. The service will be live streamed on the St. John's Lutheran Church, Norfolk Facebook page. Rev. Nelson died on Monday, August 31, 2020, at Heritage of Bel-Air in Norfolk. Stonacek Funeral Chapel in Norfolk is in charge of the arrangements. Pastor Norman Keith Nelson, son of Golden and Julianna (Bruland) Nelson, was born on August 3, 1938 in Boone County, Nebraska on his grandparents Bruland’s farm. He was baptized on September 3, 1938 at Trinity Lutheran Church in Newman Grove. In 1940 he moved to western Washington State with his parents. Pastor Nelson was confirmed at Zion Lutheran Church of Ferndale, Washington. Pastor Nelson graduated from Blaine High School, Blaine, Washington in 1956 and received his B.A. degree from Pacific Lutheran University, Tacoma, Washington in 1960. He then received his Bachelor of Divinity Degree from Luther Theological Seminary in St. Paul, Minnesota in 1964. In July of 1964, Pastor Nelson moved to his first parish at St. John’s Lutheran Church, rural Ellis, Kansas. He also served Immanuel Lutheran Church of WaKeeney, Kansas, Faith Lutheran Church, Norman, Nebraska, Fredericksburg Lutheran Church of Minden, and St. Peter’s Lutheran Church of Pender, as well as interim pastor at Rosalie and Lyons, for a short time. In October of 2003, Pastor Nelson retired from Pender and moved to Norfolk where he continued to serve as interim and supply pastor at various churches for a number of years. Pastor Nelson is survived by one sister and brother in lay Borghild (Mrs. John Buchanan) of Vancouver, Washington, and two nephews: Matthew and Stuart of the Vancouver, Washington area. He was preceded in death by his parents, grandparents, and several aunts and uncles, and one nephew. Organist will be Steve Reinke and soloist will be Ron Lofgren. Casket bearers will be David A. DeCarolis, Kevin E. Prochaska, Ronny Hamida, David A. Freudenburg, Richard C. Kautzman, Mark D. Fitzgerald. Condolences may be expressed to the family online at www.stonacekfuneralchapel.com.

NORFOLK -- Funeral service for Rev. Norman K. Nelson, 82, of Norfolk will be held at 1:30 p.m., Friday, September 4, 2020 at the St. John's Lutheran Church in Norfolk with Rev. Randy Rasmussen officiating. Interment will be at the Hope Cemetery,... View Obituary & Service Information

The family of Rev. Norman K. Nelson created this Life Tributes page to make it easy to share your memories.