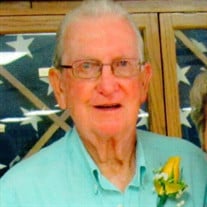 NORFOLK -- Limited visitation for Richard L. Cruise, 78, of Norfolk will be held 4:00-7:00 p.m., Friday, April 3, 2020 at the Stonacek Funeral Chapel in Norfolk. In compliance with COVID-19 restrictions set by the CDC there will be a strict enforcement of 10 people allowed inside the facility at one time and they may need to wait outside. A Celebration of Life for Richard will take place at a later date at Stonacek Funeral Chapel. Private family graveside service will be held at the Prospect Hill Cemetery in Norfolk. Stonacek Funeral Chapel in Norfolk is in charge of the arrangements. Richard L. Cruise was born March 4, 1942, at St. Edward to Roy and Viola (Thompson) Cruise. He attended grade school in St. Edward and graduated from St. Edward High School at age 17 in 1959. After graduation, Richard applied in June 1959 for a job with N.P.P.S. (now N.P.P.D) as a grounds man, and he lived in St. Edward and later Columbus. He married Janice Recek on March 18, 1967, in Columbus at Janice’s parents’ home. After marriage, Richard and Janice lived in Columbus. He later became an apprentice lineman, then a journey lineman. In 1972, he was promoted to foreman and the family moved to Norfolk for his job. He later became lead line technician when he retired full time on May 31, 2000. Richard then went back to work as a temp and worked part time as an inspector from January 12, 2007, until Aug.15, 2019. He enjoyed fishing, boating on the river and raising their special dog, Sophie. Whenever his children needed help with anything, he was proud to help. Survivors include his spouse of 53 years, Janice Cruise of Norfolk; children Kelli (Megan) Cruise of Binghamton, N.Y., Kathi (Randy) Munkvold of Viborg, S.D., Tracey Cruise of Coffee Springs, Ala., Lisa (Mike) “Shorty” Johnson of Norfolk, Tammy (Alan) Warneke of Battle Creek; seven grandchildren, Jennifer, Tyler, Jessica, Chanelle, Janelle, Tony and Ricki; 16 great-grandchildren; sister-in-law Sally and Chris Krzycki of Columbus; and brother-in-law Paul Newcombe of Fairfax, Va. He was preceded in death by son Steven Cruise; parents Roy and Viola Cruise; parents-in-law Joseph and Harriet “Sal” Recek; brother Don Cruise; sister Kathryn Newcombe; and sister-in-law Patty Cruise. Condolences may be expressed to the family online at www.stonacekfuneralchapel.com.

NORFOLK -- Limited visitation for Richard L. Cruise, 78, of Norfolk will be held 4:00-7:00 p.m., Friday, April 3, 2020 at the Stonacek Funeral Chapel in Norfolk. In compliance with COVID-19 restrictions set by the CDC there will be a strict... View Obituary & Service Information

The family of Richard L. Cruise created this Life Tributes page to make it easy to share your memories.

Send flowers to the Cruise family.