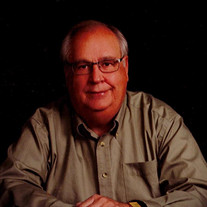 NORFOLK -- Funeral service for Robin J. Munderloh, 71, of Norfolk will be held at 10:30 a.m., Tuesday, October 26, 2021 at the Mount Olive Lutheran Church in Norfolk. Officiating the service will be Rev. Robert Wiest. Interment will be at the Prospect Hill Cemetery, Norfolk. Visitation will be 4:00-7:00 p.m., Monday, at the Stonacek Funeral Chapel in Norfolk. Mr. Munderloh passed away on Friday, October 22, 2021 at the Faith Regional Hospital in Norfolk. Stonacek Funeral Chapel in Norfolk is in charge of the arrangements. Robin J. Munderloh was born on May 18, 1950 in West Point, Nebraska to Arthur and Marillyn (Maack) Munderloh. He was Baptized and confirmed at St. Paul’s Lutheran Church in Bancroft. Robin attended Bancroft Public School to the 8th grade and then graduated from Bancroft High School in 1969. After high school, Robin had a few jobs before he started working at Nucor where he worked for 34 years until he retired in 2004. After retirement, he enjoyed doing odd end jobs helping anybody and everybody. He still had the family farm in Bancroft where he raised cattle and enjoyed being busy. He never missed a soccer, dance, volleyball, wrestling, or cross-country meet. Robin was his grandkids biggest fan and pride and joy. Robin could not wait till his next trip to flagstaff, AZ to see Tim and the girls. Robin enjoyed his time down south, with his son's family, celebrating holidays. He could fix next to anything and was the master of all trades always ready to lend a hand wherever needed. Family reunions were also a favorite event for Robin. He always said it was so good to have so many brothers and sisters which he loved dearly. Robin was a member of Mount Olive Lutheran Church in Norfolk. Survivors include children Dr. Tim (Siobhan) Munderloh of Flagstaff, AZ, Jaime (Ryan) Beltz of Norfolk, grandchildren Trevin Beltz, Ahnika Beltz, Olivia Munderloh, Sophia Munderloh. siblings Rojane (Myron) Bieneke of Bancroft, Darla (Frank) Fisher of Hayward, CA, Melanie Krueger of Wayne, Brian Munderloh of Norfolk, Todd (Judy) Munderloh of Norfolk, Jeff (Ava) Munderloh of Pender, Corey (Andreia) Munderloh of Plymouth, MN, brother-in-law Joe Prazak of Sun Prairie, WI, significant other Linda Barrett of Norfolk, and many nieces and nephews. Robin was preceded in death by Parents Arthur and Marillyn, and sister Beth Prazak. Organist will be Terri Hankins providing congregational hymns “Amazing Grace,” “How Great Thou Art,” and “On Eagles Wings.” Casket bearers will be Brian Munderloh, Todd Munderloh, Jeff Munderloh, Corey Munderloh, Ed Molvig, Jeremy Munderloh, and Jeremy Siedschlag. Condolences may be expressed to the family online at www.stonacekfuneralchapel.com.

NORFOLK -- Funeral service for Robin J. Munderloh, 71, of Norfolk will be held at 10:30 a.m., Tuesday, October 26, 2021 at the Mount Olive Lutheran Church in Norfolk. Officiating the service will be Rev. Robert Wiest. Interment will be at the... View Obituary & Service Information

The family of Mr. Robin J. Munderloh created this Life Tributes page to make it easy to share your memories.

Send flowers to the Munderloh family.