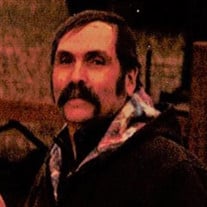 NORFOLK – Memorial service for Wesley D. Beltz, 65, of Norfolk will be held at 11:00 a.m., Friday, February 18, 2022 at the Stonacek Funeral Chapel in Norfolk. Visitation will begin 1 hour prior to the service also at the funeral home on Friday. Private family inurnment will be held at a later date at the Randolph City Cemetery. Wesley entered his heavenly home on Saturday, February 12, 2022 at Faith Regional Health Services in Norfolk, Nebraska surrounded by family. Stonacek Funeral Chapel in Norfolk is in charge of the arrangements. Wesley Dean Beltz was born to Raymond and Mary Anne (Wagner) Beltz in Randolph, Nebraska on March 21, 1956. Wesley grew up in Randolph and spent his childhood making memories with his six siblings and the Backer boys. Wesley graduated from Randolph High School in 1974 and was a standout on the football field along with the other sports he played. After graduation, Wesley attended Doane College and he played baseball. He graduated from Doane College in 1978 with a degree in Communications. On November 18, 1978 Wesley married Becky Jones in Arlington, Nebraska. To this union Casey Leah, Cole Weaver and Chase Wade were born. Wesley’s children were his pride and joy. He could always be found supporting his sons at their high school football games and wrestling meets and he also enjoyed watching his daughter’s cheerleading performances. Wesley loved the great outdoors and took great pride in showing his sons how to hunt and fish. He was proud to have received his black belt in Taekwondo. During his spare time, Wesley enjoyed capturing God’s beautiful artwork through the lens of his camera. He also spent time volunteering with the Special Olympics. The last couple years of Wesley’s life were tough as he battled mental illness and dementia. Wesley was able to find some solace at the Liberty Centre in Norfolk. While there he was able to understand that he wasn’t alone in his battle and made some wonderful friends. Wesley is survived by his sons Cole (Kristin) Beltz and Chase (Emilee) Beltz of Omaha, grandchildren Piper Beltz, Shane Beltz, Arlo Beltz and Garrison Woods, siblings Terry Beltz, Randy (Susie) Beltz, Cheryl Wipperling of Norfolk and Gary Beltz of Woodinville, Washington, nieces Liane (Jeff) Brott of San Bernardino, California, Mindy (Brian) Evans of Osmond and Shana (Trinity) Halsey of Norfolk. Wesley was preceded in death by his daughter Casey Beltz, parents, grandparents, brother Jim, sister Sharon Roberts, brother-in-law, John Roberts, sister-in-law Sherry Beltz and niece Patty Brandenberger. The family would like to thank Dr. Keegan, the nurses and hospice staff at Faith Regional Health Services for the care and compassion Welsey received during his stay. Condolences may be expressed to the family on-line at www.stonacekfuneralchapel.com.

NORFOLK &#8211; Memorial service for Wesley D. Beltz, 65, of Norfolk will be held at 11:00 a.m., Friday, February 18, 2022 at the Stonacek Funeral Chapel in Norfolk. Visitation will begin 1 hour prior to the service also at the funeral home... View Obituary & Service Information

The family of Wesley D. Beltz created this Life Tributes page to make it easy to share your memories.

Send flowers to the Beltz family.